All I want is you


I was at my regular pub at my favorite seat swigging from a mug of beer. From where I was seated I could see flakes of snow falling softly on the ground, covering the entire city in a snowy white blanket. It was extremely cold outside, but inside the pub it was warm and cozy. Most of the people in the joint were having a good time but I was feeling wretched and miserable. My mind was agitated and disturbed.

An elderly gentleman carrying a glass of whisky sat opposite me at my table. I looked at him, he was pretty old. His face was covered in wrinkles but, his eyes were warm and friendly. He smiled at me as he sat in his chair. But I was engrossed in my own dismal thoughts. I couldn’t understand how my wife could be so obdurate and selfish.

I suddenly banged my fist on the table and cried out loud ‘Dammit, how can she do this to me?’

The elderly man was startled and asked me, ‘Are you alright, son? You look extremely upset about something’.

‘Yes, I am fine’, I avoided having a conversation with him.

‘You may not have noticed it, but you are crying’, said the elderly man.

I touched my own wet cheeks. Indeed I was crying and I had not noticed it. I looked into the eyes of the old man. He seemed so wise yet, so affable and kind. Somehow I found myself talking about my personal problem to this complete stranger. 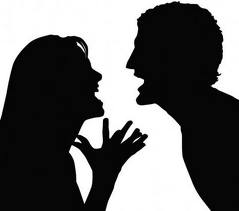 ‘I am a lawyer and employed in a very good law office. My wife works as an editor in a popular, trendy magazine. We got married 7 years back and those 7 years were the happiest time of my life. Although both of us are ambitious regarding our career, we always find time for each other. Now my wife has been offered a promotion but she would have to move to New York. My life, my career is right here, but she expects me to just pick my baggage and leave to New York. I would have to start my life from scratch. I tried pleading with her, making her understand that such a drastic change would affect my career negatively. But she refuses to listen. She tells me that if I love her, I would understand how much this promotion means to her. I don’t understand how my loving and caring wife could be so mulish and not think about her husband’.

As I finished my rant, he chuckled and shook his head. ‘Well, do you love her?’ he asked me.

‘Yes, I do’, I replied without hesitation

‘Then what’s the problem. If you love her, you would want to be with her. It’s doesn’t matter if its seven feet or seven states or seven seas, you would cross any distance just to be in her arms’, he said in a matter-of-fact tone.

I looked at him in a nonplussed manner.

He sighed and said, ‘I think I need to tell you my story, and then you’ll realize how much your wife means to you.'

'It was the year of 1961; I was a young and an enthusiastic journalist. I was sent to Rawalpindi in Pakistan to cover a news story. The conditions were not so favorable for Indians there, so I took on a Muslim name and lived liked the locals. One day I was smoking a cigarette and drinking tea near a tea stall, when my eyes fell on a burkha clad girl. I could only see her eyes through her burkha, but they were beautiful and so expressive that I found myself staring at her. She looked my way and caught me staring at her, but she immediately went away. The next day I saw her in the same place, she too looked my way. I was enamored by the beauty in her eyes. I wanted to know her better, to see her face, to kiss her eyes.' 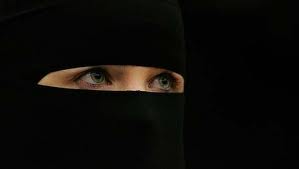 'I followed her on my cycle till she disappeared into the huge bungalow located at Lalkurti, the heart of Rawalpindi. A short chat with a nearby shopkeeper gave me the information that I was seeking. The lady’s name was Mehfil; she was the daughter of the local politician. The next day I was waiting for Mehfil. When I saw her, I tried talking to her but she appeared scared and did not respond to my questions.'

'The next day as she was walking towards her home, I bicycled near her and threw her the letter I had written. I wrote to her about my life, my career as a journalist, my real name, the effect that her eyes had on me and my honest intentions of getting to know her better.'

'The next day she wrote back to me explaining that her family was very orthodox and she would be in trouble for talking to an unknown male. She wrote that she found my job interesting and would like to meet me. She gave me directions to an old abandoned school where she could talk to me.'

'Mehfil and I met every day after that. She was a very beautiful lady but, she was unaware of the reaction that she had on men. Unlike her friends, Mehfil was graduated and well-read. Her father was against educating her but, her mother had fought for her and she ensured that her daughter received a decent education.'

'I regaled her with stories from my journalist career, about the celebrities I had interviewed. She was in awe of me and each day I felt myself being invariably drawn to her.' 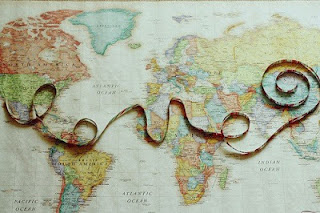 'Then one day when I met Mehfil, I saw that she had black bruises on her face and arms. She sobbed her heart out on my shoulders and said that her brothers had seen her with me. When she had reached her house they had whipped her with a belt and locked her in a room without food and water. She had begged her mother to meet me one final time. Her mother had allowed her after much cajoling from Mehfil.'

'Mehfil said that she wouldn’t be able to meet me and I should forget her. With tears in her eyes, she kissed my cheeks and ran away from me.'

'The next day I went to her house and asked for her hand in marriage. I revealed my true identity, my Hindu origin and my nationality. I was beaten black and blue by her brothers and they asked me to leave Pakistan the same day, failing which would lead to my beheading.'

'The same night the politician’s thugs ensured that I was thrown into the train to Punjab, never to return back. But what they dint realize was, that I had, with the help of Mehfil’s mother, arranged to sneak in Mehfil in the same train. We both boarded off in Punjab and got married in a temple.'

'Mehfil sacrificed her family, her religion, her identity, so that she could be with me. Without a doubt, I would have done the same for her too. Because we wanted a life together, we wanted to grow old in each other’s arms’.

When the old man finished his story, I had forgotten my own woes. I felt I had lived a part of his life through his story.

‘Now my son, close your eyes and envisage a life without your wife. You’ll have your answer’, he counseled.

I did as he said. I imagined an empty space next to me in our bed, I imagined a missing hand as we took our long walks, I imagined the lost laughter in our lives, and I imagined my wife as she leant into me when she kissed me.

I opened my eyes, the old man had left the pub, but I had my answers. I leapt up and hurried home, after all I had to start applying for new jobs in New York.

This post is a part of Write Over the Weekend, an initiative for Indian Bloggers by BlogAdda